“Women! We are the bearers of power.” 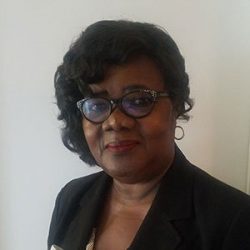 Rev. Dr. Barnett is a former Sierra Leone ambassador to Liberia and Ivory Coast, a former Member of Parliament, religious leader and a women’s right activist. As Sierra Leone’s Ambassador to the Republic of Liberia, she oversaw the resettlement of thousands of former refugees into Liberia while strengthening the relationship between the countries. She served as a Member of Parliament and a politician for five years, using most of her tenure to promote women’s rights and education.

In 1996, she became the first ordained female minister in the Evangelical Lutheran Church West Africa and has pioneered not only the establishment of the church but also the ordination of women ministers across the sub-region and the creation of a robust women’s movement for social justice within the ministry.

As a life-long educationist, she has been a teacher, a lecturer and a champion for women and girls’ education and empowerment across Western and Central Africa.