“Another world is not only possible, she is on her way. On a quiet day, I can hear her breathing.”
– Arundhati Roy 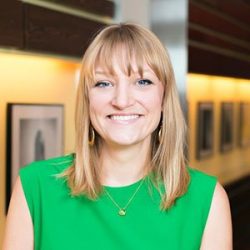 Jody has a lifelong commitment to the freedom and safety of all girls and young women. Grounded in social work and a deep commitment to racial, gender and youth justice, Jody is a feminist activist, strategist, storyteller, and researcher. As a gender justice consultant, Jody works across movements, organizations and philanthropy to center girls and young women and to move resources and power to those working to build their collective power.

For a decade, Jody played a critical role in championing girls’ rights at the NoVo Foundation. As the Director of NoVo’s Initiative to Advance Adolescent Girls’ Rights, Jody led the Initiative’s grantmaking and donor organizing. In this role, Jody designed and oversaw an intersectional, transnational, movement building initiative focused on adolescent girls and young feminists globally. In addition, she led NoVo’s work to end violence against girls and women in conflict-affected settings. Jody played a key leadership role in designing and overseeing the Foundation’s historic 90-million-dollar commitment to girls of color in the US and multiple global initiatives aimed at centering girls and young people across movements globally. Prior to NoVo, she worked within various NGO’s, CBO’s, and multilaterals, leading explicit efforts to end violence against girls, build girls’ power and expand access to healing. Whether through organizing, direct services, program design, participatory action research or philanthropy, Jody has supported programs that show the promise of change efforts that are girl-led, girl-driven and girl-designed.

Jody holds a B.S. from Colorado State University in Human Development and Family Studies with a focus on adolescence and a M.S. in Social Work from Columbia University. She was a founding board member of Purposeful and Girls First Fund and currently serves as the Hub chair for the Children’s Rights Innovation Fund. At Purposeful, Jody serves as a Senior Strategist, advising on feminist learning and documentation and the With and For Girls’ Collective, in addition to co-leading the Global Resilience Fund.